Dear readers and tea lovers,
long time no see, I know. But first of all: Why am I writing this post in English?? The rest of this blog is obviously in German, even the reviews I wrote of Englisch books – and that last part is what I’d like to change. I am reading more and more English books and I simply don’t see the point in writing about them in another language. Still, English is – as one might notice – not my first language, which is why I am sure there will be a few mistakes in these texts (especially since there are some in the German ones as well). So, please don’t mind that. I’m still learing – and these texts on my blog will hopefully be a good practice.

Now, that we’ve got that done, let’s finally come to talk about the book this post is about: Uprooted by Naomi Novik. I read this story back in November and I’m pretty sure that was the best time I could have chosen to do so. But even though it’s not November anymore: Don’t worry, I assure you reading it now will be as great. (Even though it might make your Christmas tree look a little intimidating.)

Agnieszka is a young woman, the daughter of a woodcutter, living in a small village near the forest. This means she must fear for her life.
The Wood has been corrupting its surroundings for a time longer than she can imagine and since she was a child, she knows: What comes out of the Wood is pure evil. The only force that seems to be able to keem its power at bay, is the Dragon. But for his help, the mighty wizard claims a girl every ten years to come and serve him in his tower. This year Agnieszka is old enough to be chosen. Still, she doesn’t fear to be taken away, as it is sure to be Kasia, a girl with all qualities one could wish for – and Agnieszka’s dearest friend. But when the day finally arrives, everything is different and it is not the graceful Kasia who is ripped from her family as there seems to be something inside Agnieszka, waiting to arise …

If I’m being honest: Yup, that pretty much sounds like a typical Young Adult fantasy story, including a chosen one, unexpected powers and a great destiny. And to be even more honest: That’s what this story is. Still, I hope this won’t keep anyone from reading it as there is a lot more to it than simple, boring clichés.

First of all, the premise of Uprooted is what drew me in from the beginning and what makes it so unique. Instead of the forest simply being a nice green setting, it is part of the world building, the magic system, creates a captivating atmosphere and is the villain, all in one. The Wood is of unimaginable scope and depth, filled with unknown and feared creatures, an impenetrable threat towering not only over Agnieszka’s village, but over the whole kingdom. And I’m telling you: The author definetely succeeded in illustrating that feeling of dread. (Tip: Maybe you shouldn’t read this book alone in the foggy forest… It leaves you feeling slightly anxious.)

But of course the story has a lot of facets. Next to the fact, that her loved ones are endangered by the Wood and its wretches, Agnieszka has a whole bunch of things to learn about herself. Not only is she now trapped inside an inescapable tower, together with a 150-year-old wizard, from whom she knows nothing but coldness. She also seems to bear such power, a fact as frightening as its potential concequences. And, not to forget: With prince Marek and the nobility of the country, there is another party waiting to play their part in this legend.
With all these plotlines developing and intertwining to reveal even more layers of the story, this book doesn’t get boring. I experienced Uprooted to be rather slow-paced still, which makes the plot as well developed as it is.

Even though I think its plot and worldbuilding are the main qualities of this book, the characters are great as well, beginning with Agnieszka herself.
She is a likable protagonist – tough and fierce, loving and devotional, stubborn and flawed. And yes, she is not like other girls from time to time, but she still is such a realistic character, it didn’t really bother me.
Hence, accompanying Agnieszka on this adventure is as fun as it is heart-breaking. She comes to terms with herself, but apart from that it is her way of giving everything to achieve her goals that characterizes her and her character development.

Apart from Agnieszka, there are some other characters who play an important role in the story of course, especially her childhood friend Kasia and the Dragon. I found both to be very interesting. They certainly weren’t missing depth, even though I would have liked Kasia to be a more active character instead of just “being there”, as it sometimes felt. I just think her character has some unused potential.
On the other hand, this perception might also be connected with how I viewed the love story. It is a rather minor sub-plot here, but it also is my only real critique. The following lines (up to the end of the paragraphe) might be a slight spoiler for Uprooted, but I personally think it’s fine to read it even when not knowing the book. The point is that I really hoped Agnieszka to fall in love with Kasia, as their strong bonding is described several times, especially in the first part of the book. But no. Instead of writing a love story between to characters whose relationship is already noticeable and deep, the author let Agnieszka fall in love with the wizard, a 150-year-old man (naturally looking like a 20-year-old guy …). Frankly, she did this very well and at some point, I could feel the “chemistry” between them. Still, I personally would have prefered another love story (or none at all as it isn’t particularly important for the main plot).

All in all: If you want an epic, capturing and atmospheric stand-alone fantasy novel with a strong-willed protagonist and an unusual as well as frightening villain and do not care too much about a great love story, then Uprooted by Naomi Novik is perfect for you. I absolutely adored most parts of the book and yes, I recommend.

Information about the book:

All rights to the shown book cover are reserved to the publisher.

“How to Excavate a Heart” by Jake Maia Arlow 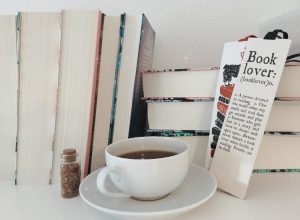